We developed a special Fresh Up point for NIVEA so they could test their new NIVEA MEN fragrance DEEP. This custom made Fresh Up point was built out of a glass cabin with a glass front. wall. Men who were in need of some refreshment during the day were able to walk through the cabin with their shirts on and were sprayed by the NIVEA girl with the DEEP deodorant. Approximately 6,000 men tried out NIVEA’s Fresh Up point, with positive feedback on the smell and the effect of the product. 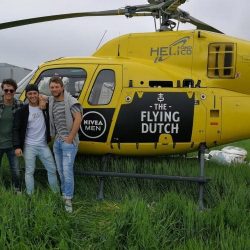