Skip to content
A global crisis almost ensured that Olympic swimmer Femke Heemskerk couldn’t be together with fiancee Guido Frackers. Therefore the couple got married, a few months earlier than planned, in a Canadian coffee shop. With her sweatpants as bridal outfit. Read the interview with Femke in the Eindhovens Dagblad. About Femke Heemskerk born on September 21, 1987 in Roelofarendsveen is an Olympic, World and European swimming champion. She won over 20 international medals, of which half is gold. Her specialty is the front crawl and she is also one of the Golden Girls‘ in the Dutch relay team. Her talent is one thing, her mentality is another; She has the right drive, the humbleness of a winner and has exceptional emotional maturity. She chooses happiness in all she does. “Having no fun while winning, means nothing at all. The story behind the victory is what remains. That is the absolut beauty of a medal.” Femke Heemskerk x DEUX Agency DEUX Agency set up a partnership between Olympic swimming champion Femke Heemskerk and Swimtraxx. The aim for this ambassadorship was to increase the brand awareness of the swim system as well as being beneficial to Femke’s performance. Additionally, Heemskerk and Speedo have had a successful partnership for already many years. Nonetheless, there was a desire from both parties to intensify and optimize the ongoing partnership. By tapping into extra touch points such integrating Speedo into Femke’s personal life and communicating that through her social media channels, she builds an emotional bond with recreational and fitness swimmers. 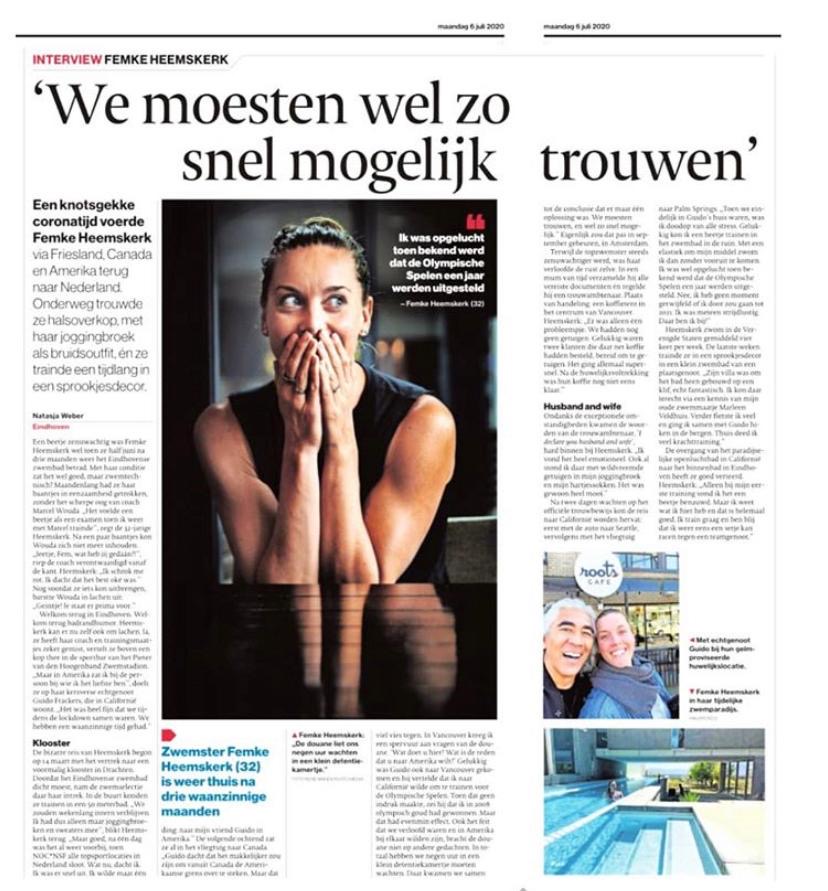 DEUX on Longlist SAN New Kids on the Block 2019

John van Lottum for AD: our partnership with Heineken